How can people and artificial intelligence work together in the future?

Artificial intelligence and digitalization produce new headlines every day. The tenor of the report fluctuates between admiration and admonition. How can people and machines work together in the future? Or won’t they work together because machines do the work?

For large parts of the population, the image of artificial intelligence is dominated by boulevard publications and the film industry. If machines learn to defeat the human grand masters in chess or Go, media satisfaction spreads. Artificial intelligence represents the pinnacle of human inventiveness. In the films The Matrix and Terminator, on the other hand, machines have long since taken control of enslaved humanity. The mood oscillates between fear and admiration. The Handelsblatt, for example, chose the lowest common denominator in a commentary in which AI was described as a curse and a blessing.

AI has come to stay

Highly specialized systems based on machine learning, pattern recognition, or robotics are conquering ever-larger fields of application. AI systems are used in the insurance industry to uncover cases of fraud or to process claims, they optimize routes and merchandise planning in retail and personalize the way consumers are approached in marketing or create individual dynamic prices. Even in highly specialized areas, AI systems are set to take over people’s tasks. Self-learning systems prepare forecasts and evaluate key figures in controlling.

And the experiences of the first companies to rely on AI are impressively positive. Last year, insurer Zurich caused a sensation when the company reported that it had processed claims in the claims handling area using AI within seconds, for which a person needed more than 50 minutes. There is no doubt that artificial intelligence will shape the world of work shortly.

That sounds like a job-killing technology that brings the destruction of livelihoods. The study “Reworking the Revolution” by Accenture comes to a different conclusion. There is no doubt that AI systems will take over people’s tasks. For example, chatbots will communicate with customers directly over the phone without people noticing that they are talking to a computer. But at the end of the day, the authors of the study assume that companies that rely on AI could increase their sales by up to 38 percent by 2022 and even create more net jobs.

But the tasks of the employees will change. Surprised, Accenture found that few companies have recognized that changing the world of work requires different skills from their employees.

The new world of work requires new skills and competencies

AI systems are IT systems. Competencies with complex technical systems and the computer will undoubtedly retain their already great importance. But IT knowledge alone will not be enough in the working world of the future to keep employees firmly in the saddle. The assumption of more complex tasks by the machines enables new forms of cooperation. In industry, employees will probably no longer be responsible for a particular machine or manufacturing step. If machines transfer workpieces to each other and the production of another piece can be started with just a few mouse clicks, the employees have a new role to play. You need to keep an eye on processes, perhaps even communicate directly with suppliers or customers. But they must also be equipped with the necessary skills to do so.

Digitization and the introduction of AI in companies can only succeed if employees are involved from the outset and do not become affected. However, inclusion makes it necessary for employees to recognize the benefits of the technologies. It is not possible without knowledge about one’s own company, current developments in the industry as a whole, and an understanding of what the actual business model of the employer is.

Create an atmosphere that encourages learning and the fun of training

While in the past one or the other employers may have only considered the demand for “lifelong learning” as just a phrase and invested accordingly cautiously in further training, demand is becoming more urgent than ever. Because AI systems change at a rapid pace. This is why companies need to create an atmosphere that encourages learning and the fun of training.

As far as can already be seen today, AI systems promote interdisciplinary work and corresponding forms of organization. The employee of the future must, therefore, be able to adapt to changing situations and other people. Such social competencies will be just as necessary as incentives for more creativity. In many cases, AI systems will aggregate data, but the necessary conclusions and the verification of valid hypotheses will continue to be the responsibility of human intelligence.

This is why companies will benefit most from AI, which best combines the benefits of electronic systems with the capabilities of people. And this can only be achieved with solid further training and active management of competencies in a company. 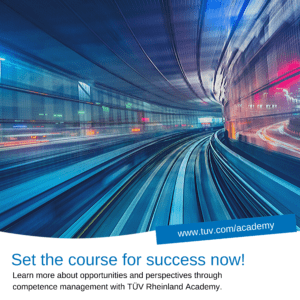